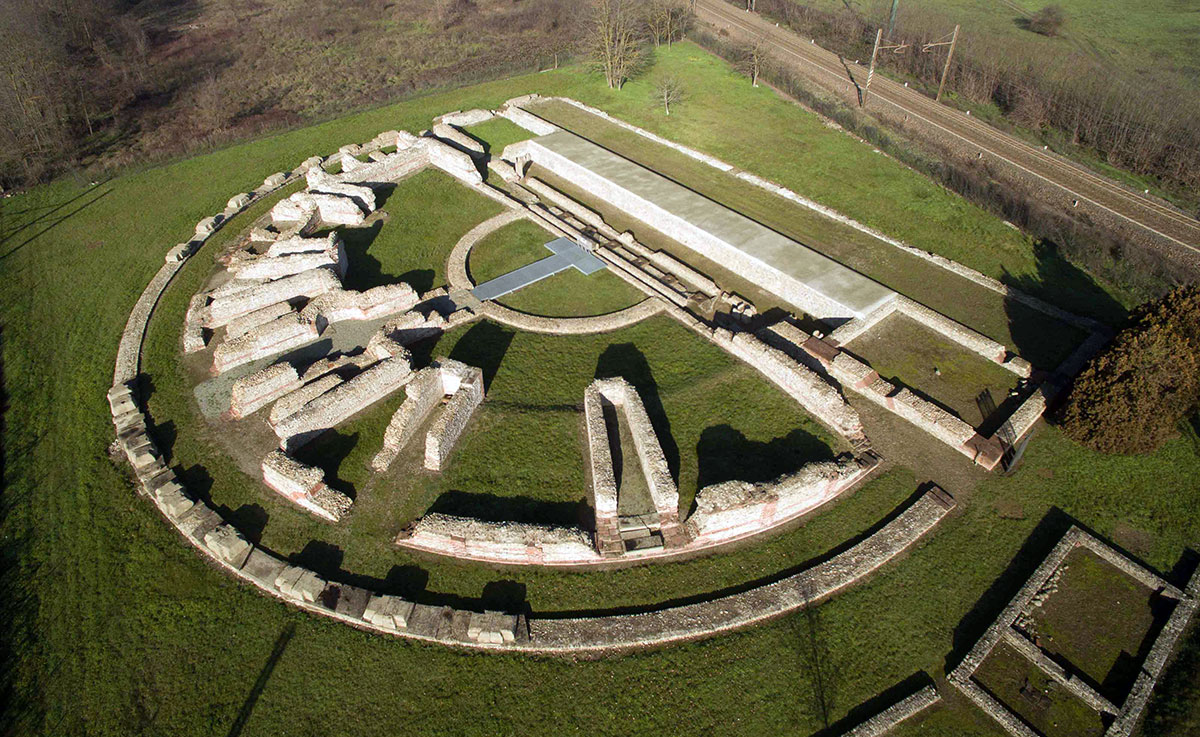 The archaeological site of Libarna is situated in Serravalle Scrivia, a town in the Province of Alessandria easily accessible from Genoa, Milan and Turin. Here stand the remains of an ancient Roman town founded in the 2nd century B.C. along the via Postumia, an important road that ran from Genoa to Aquileia.

The site displays a theatre, an amphitheatre, two districts of private houses and a few streets. You can experience a virtual tour of the site and admire the reconstructed three-dimensional view of the buildings by downloading the LIBARNA app.

Novi Ligure is home of the cycling champions Constante Girardengo and Fausto Coppi to whom the Museum of Champions is dedicated. The cycling museum is the largest in Europe and tells the history of the bicycle, the large and famous manufacturers of all time and the amazing victories of these two unbeatable champions. A museum, housed in a former factory, with more than 3000 square metres of exhibition area that’s given over to the heroes of the sport both from the past and the present.

His house, has become a museum full of emotions and memories. Walk into his room, see his things, breathe in the air. Castellania, the meritorious capital of the world of cycling, welcomes its visitors with a charming simplicity. Throughout this historic village there are large emotionally intense images to remind and to remember its beloved son who rests in the mausoleum with his brother Serse.

There are definite records of the castle from the 12th century, it being first under the control of Barbarossa, then his son Enrico who passed it on to Genoa before it became the subject of bitter and violent disputes between Tortona, Genoa and Alessandria. In the 17th century, Vincenzo Fiorenzuola, an expert in military architecture, transformed the existing castle into a mighty fortress that could accommodate a garrison of 1000 men. Today “Forte di Gavi” dominates the skyline of the town.

Pope Pio V (1566-1572), born in Bosco Marengo in 1504, was responsible for mobilising Europe against Turkish expansionism at the naval battle of Lepanto (1571); on 22th July 1566, he decreed the construction of the Holy Cross and All Saints convent in Bosco Marengo.

The impressive construction of 100 x 75 metres including the church, two cloisters, a refectory and the library has three naves and many other chapels.

Despite long periods of disuse and inactivity careful renovation work restored the structure to its former glory. It is home of the “Vasari Museum” with great works by Giorgio Vasari as well as other fascinating works of art. In 2002 Mikhail Gorbachev of the Soviet Union chose the convent as the site for a World Political Forum, which brought together leading political figures from all over the world.

On our official website, we guarantee the best price available.
Book now!

Our staff is always available to assist you during the reservation process and offer you the best solution for your stay. Contact us at (+39)0143.633517 or via email at info@serravallegolfhotel.it